Dr. Singhal has served as a Program Director and Chief of Plastic Surgery at University of Missouri-Kansas City and the Truman Medical center from 1996-1999. He created an education environment that included core curriculum for each training area, microsurgery laboratory, cadaver laboratory for anatomical and flap dissections, pre-surgical planning conferences, post surgery discussions before outcome could be known, journal clubs and Morbidity and Mortality conferences. He joined Children’s Hospital in May 1998, to develop Pediatric and Craniofacial Plastic Surgery program. He has served as the Chief of Pediatric Plastic surgery from 1998 to 2011, to grow the Cleft Palate and Craniofacial program at the Children’s Mercy Hospital. He has performed over 500 intracranial surgeries for Craniosynostosis and several thousand surgeries on children with cleft Lip and Palate, restoring form and function second to none. He championed neonatal mandibular distraction in newborns with severe upper airway compromise from Micrognathia saving these children from misery of having a tracheostomy and feeding tube for years.

From 2004 to 2007, Dr. Singhal studied MBA Leadership in Healthcare at Rockhurst University to learn true leadership when combined with healthcare and business. He understood the value of efficiency when combined with quality, safety and consistency, similar to what is seen in aviation. He gained respect of his eleven physician classmates and received the “Outstanding service award” for his contributions to solve the healthcare issues. Over the last 18 years, he has trained scores of residents, fellows, and medical students and lead them to think independently and outside the box and their success has been his inspiration to do more and do better. Students and residents know who to go to if they have questions about anything.

He has been recognized as the Super Doctor for the last eight consecutive years in Kansas City. The nomination is by all the plastic surgeons in the city. Last year, he also received the honor of being one of twenty “Kindest Kansas citians” based on one out of 6000 essays written by school children throughout Kansas and Missouri. His pediatric patients and their parents have been his largest crowd of admirers. He has received thousands of letters, cards, e-mails and phone calls from them over last 17 years. He is a full Professor at The University of Missouri-Kansas City and a Clinical Professor at Kansas University medical Center. He has volunteered internationally over 30 times and has been invited to speak, teach and operate around the world including Asia, Africa and Latin America. He works with Interplast USA (aka ReSurge International) and Smile Train. He has presented his work in almost every continent on Syndromic and Non-syndromic Craniosynostosis; Cleft lip and palate; Surgeries for velopharyngeal insufficiency, prognostic indicators defining need for revisional surgery for increased intracranial pressure and neonatal mandibular distraction. He has served as Craniofacial Surgery Section Editor on the editorial board of Cleft Palate Craniofacial Surgery Journal since 2006. Additionally, he serves on the ReSurge international surgery committee and has contributed significant time and educational material over last 18 years. 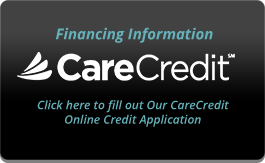 *Unless otherwise stated, models are used throughout this website. Individual Results may vary.